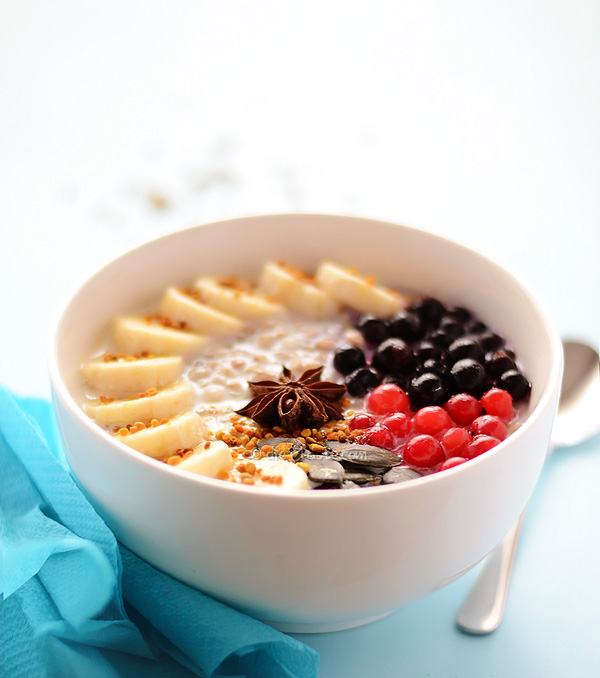 Classic oatmeal porridge is, in my opinion, an ideal breakfast. Whether I cook it, bake it,  eat it raw as a muesli or make into a smoothie or smoothie bowl, oats are every day on my breakfast menu. 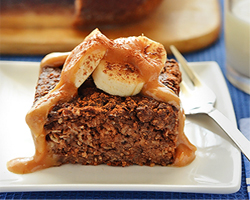 Chocolate Peanut Butter Baked Oatmeal
Sometimes I want to introduce some variety into my food, so this time I tried making Buckwheat Porridge. The procedure is very similar to cooking traditional oatmeal porridge. Actually, it is even simpler because you don’t need to stir it all the time as it doesn’t turn into mush. It seems that the best way to cook buckwheat groats (raw, not toasted like kasha) is to let it cook with some water until it absorbs it, then add milk and continue cooking until soft. 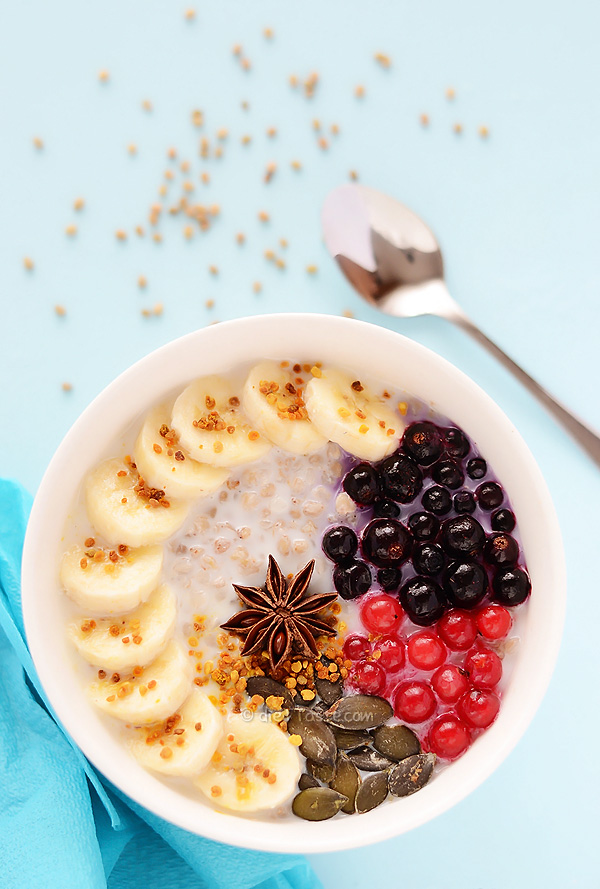 Buckwheat is not exactly a grain. Technically, it is a seed of a sturdy plant that thrives in cold climate of Russia, Northern Europe as well as Himalayas and Japan. Its health benefits are so numerous that it is included in a list of the world’s healthiest foods. Very nutritious and satisfying, with its nutty flavor, it can be used in many kinds of savory dishes instead of rice. 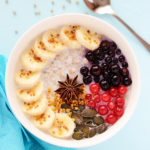 YUM! I should really try this in place of my normal bowl of oatmeal! I need some variety in my life 🙂