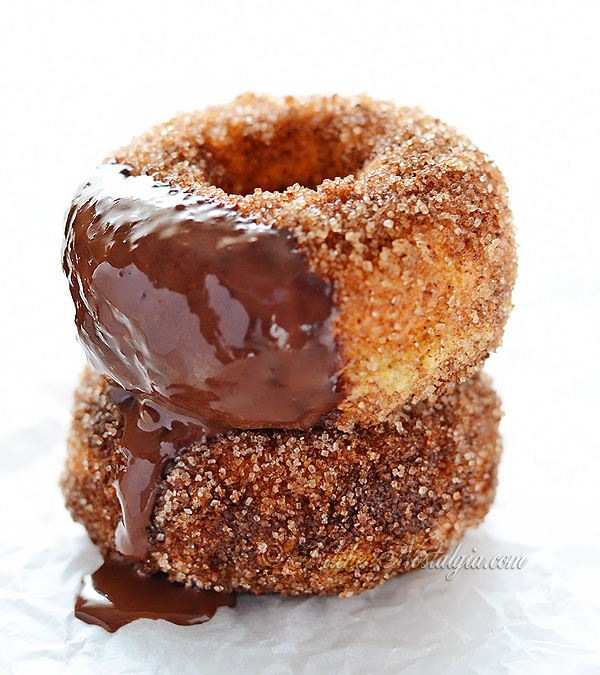 Everybody loves churros, mostly because of their crispy exterior covered with cinnamon and sugar. But, churros are not exactly healthy food since they are fried in a lot of oil, in the same way as doughnuts.

To make slightly healthier version, I made baked doughnuts, brushed them with melted butter and sprinkled with sugar-cinnamon mixture. I didn’t use any yeast to make doughnuts, which shortens the time needed to prepare them, and there is no need to knead them.

Served with thick chocolate sauce, baked Churro Doughnuts are a great way to enjoy the taste of churros while eating significantly less fat. 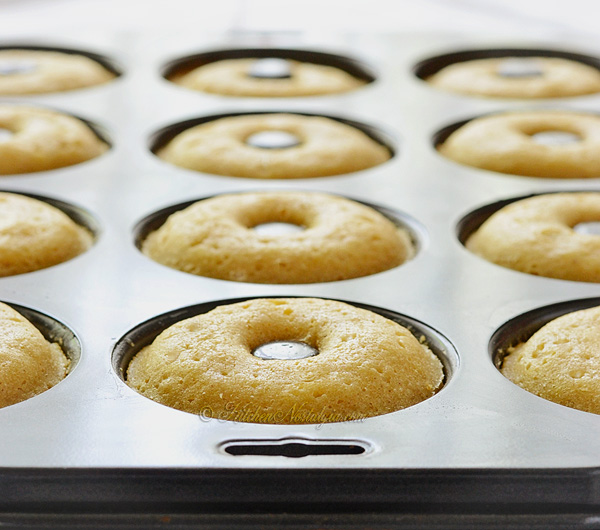 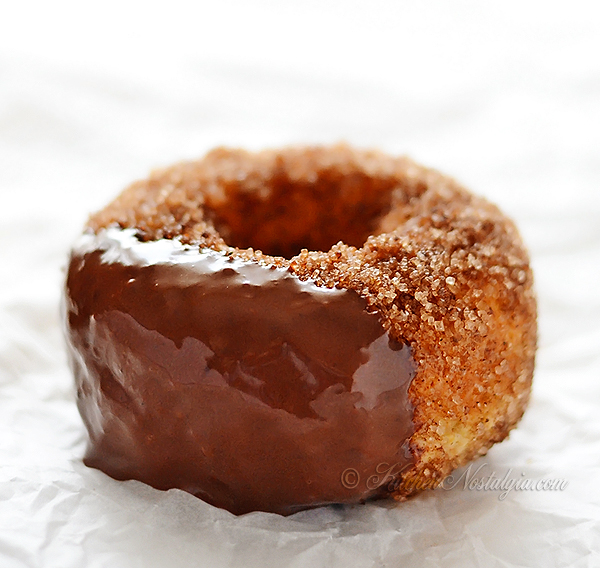 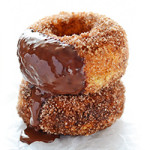 *NOTE: The dough of these doughnuts resembles dense sponge cake. 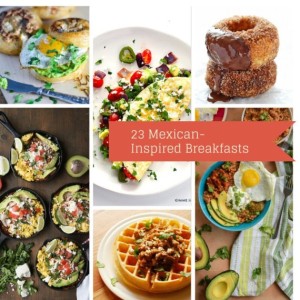 Tried this recipe twice, my cousin did the first and her doughnuts were completely flat. I did them and they rised a bit more then hers but still not as pictured. This recipe was a fail for me. Not sure what the problem is, I bake often so this came as a surprise.

The reason why my doughnuts were so high is because I overstuffed doughnut baking tin. Actually, I didn’t like it that way, so when I made Pumpkin Churro Doughnuts I filled the tin with less batter.

Is it possible to make these without a doughnut tray? Could a cupcake tray be used instead?

Sure, it will work. There will be no hole in the middle, but the taste will be just as good.

What is cornflour? Is it the same as corn starch?

I tried these but they did not rise and were very dense. I filled the donut tray with the first batch and filed it 3/4 with the second. Not sure why but these didn’t cook like I had hoped.