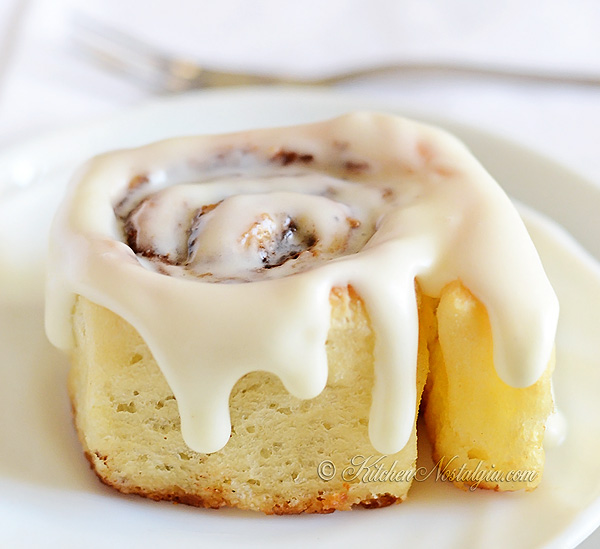 Ever since I published Crazy Dough recipe, I’ve been getting inquiries about how to make Cinnamon
Rolls using that miracle dough. Finally, I made the recipe for Crazy Doug Cinnamon Rolls and step-by-step instructions for you to enjoy!

If you plan to make vegan cinnamon rolls, use Vegan Crazy Dough instead of regular on e, margarine instead of butter and some kind of vegan cream instead of heavy cream.

The advantage of using Crazy Dough is that you can make whole recipe from scratch in 1 hour, no kneading needed. 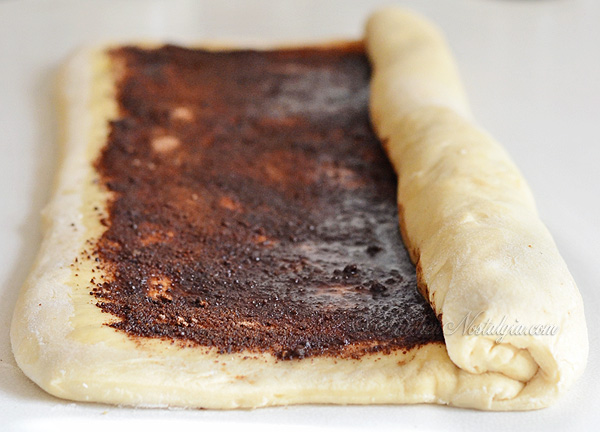 Roll the dough, spread with melted butter and sprinkle with brown sugar and cinnamon. 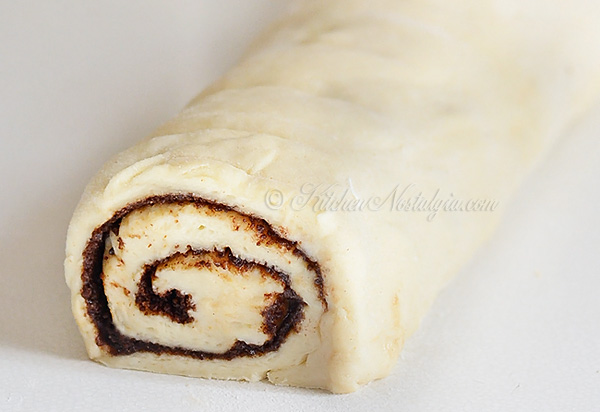 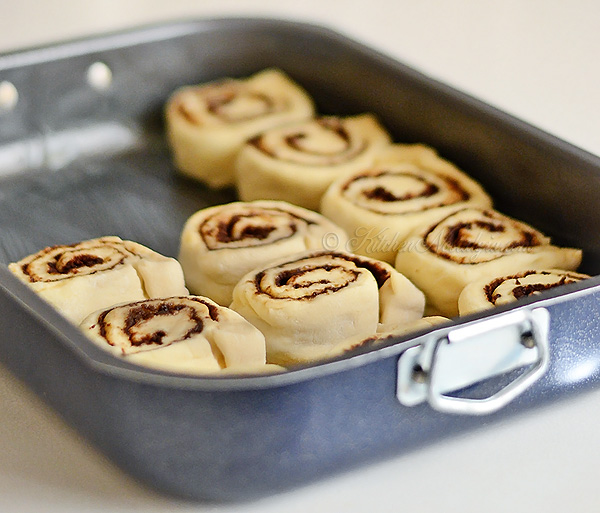 Cut the roll with a sharp knife into slices and place them in a buttered pan. 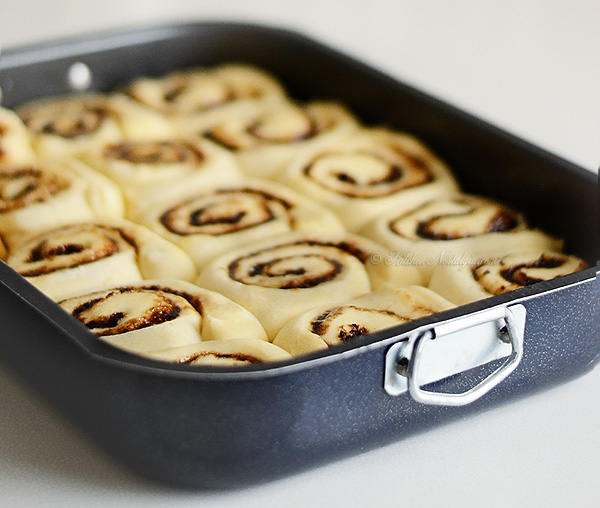 Let slices rise in a warm place about 20-25 minutes. 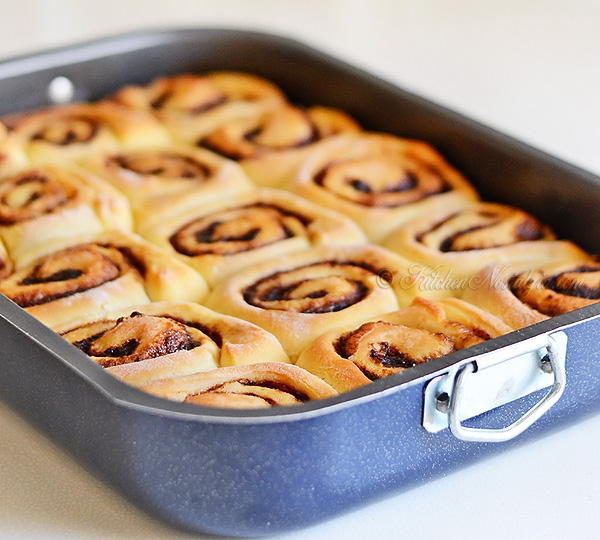 Bake until tops are golden. 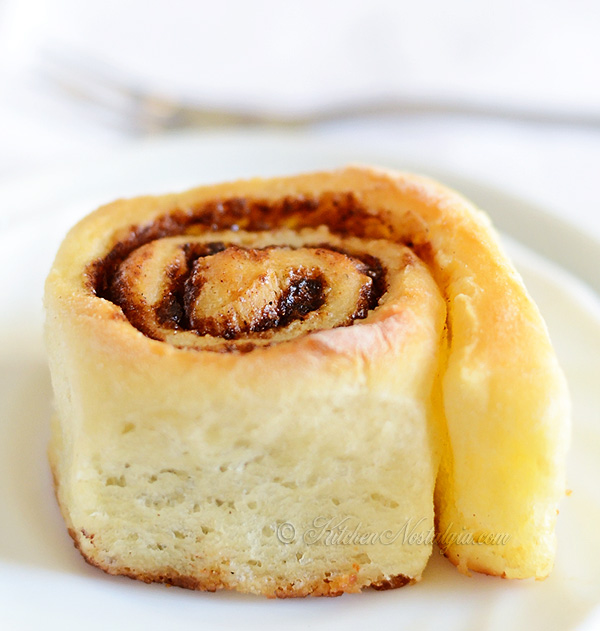 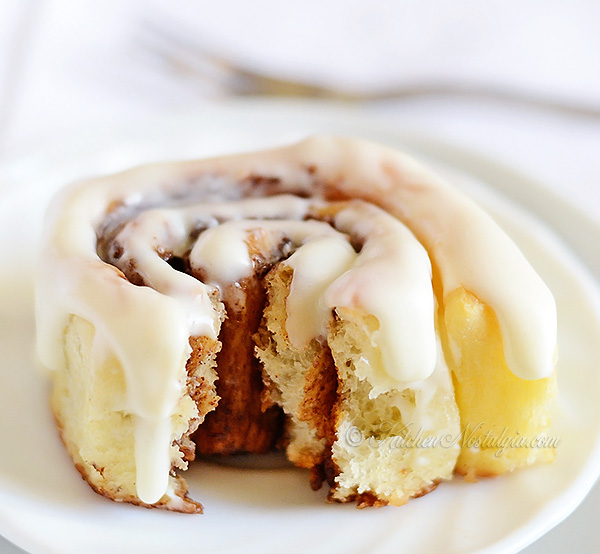 This video will show you the procedure for making Crazy Dough: 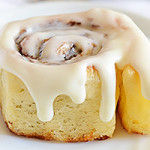 *for vegan rolls, use margarine instead of butter and vegan cream instead of heavy cream

Just used this recipe with the vegan substitutes and with your Vegan Crazy Dough. We loved the results and I really appreciated the ease of this recipe and how quick the recipe came together! Thank you!

Hello Tara, I want to make this recipe vegan as well. What did you use instead of heavy cream?

You can use chestnut creme, coconut creme. Be aware margarine is not vegan if ingredients has whey in it.

I gotta try this crazy dough of yours. These cinnamon rolls look so good. 🙂

I understand you completely. I was waiting for years before I tried the recipe. Now I’m sorry I didn’t do it sooner.

BEST RECIPE EVER!!! I had several people at our house during the Easter holiday and literally made this almost every morning for breakfast. People could not stop raving about how good the rolls were. I also made the crazy dough for dinner rolls on Easter and fresh Foccia when we had left overs. FANTASTIC!!!!

Hey, that’s great! I’m really glad you and your guests liked it. 🙂

When you say combine the crazy dough with the sugar do you mean make a half batch from scratch and add in extra sugar?

Meaning you cant use a batch you have in the fridge to make it as it wont be sweet enough?

I wanted to make a full batch and use half for pizza’s and half for cinnamon rolls.

If you are making Crazy Dough from scratch, you add extra sugar in the beginning.
You can use a batch of already made Crazy Dough you have in the fridge, too. Sprinkle the sugar over the dough and knead until sugar is incorporated.