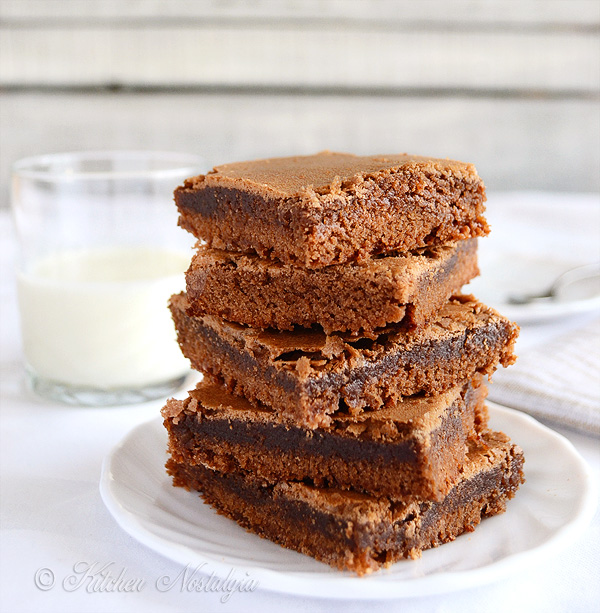 It seems that the recipe for the Katharine Hepburn’s Brownies appeared August 1975, when it was featured in The Ladies’ Home Journal. Later on it could be found in the article “A Harried Cook’s Guide to Some Fast Food” by Laurie Colwin, which appeared in the February 1992 issue of Gourmet magazine as well as in Saveur magazine.

Top crust of these one-pot brownies is crispy and cracked, but underneath they are moist and chewy, not cakey at all. I guess the reason is that there is only 1/4 cup flour in the batter which makes them almost flourless.

There were only two minor changes that I made to the recipe: I omitted the walnuts since they were optional and I don’t like them.  Also, the original recipe says that brownies should be baked for 40 minutes, but mine were already done after 30 minutes. 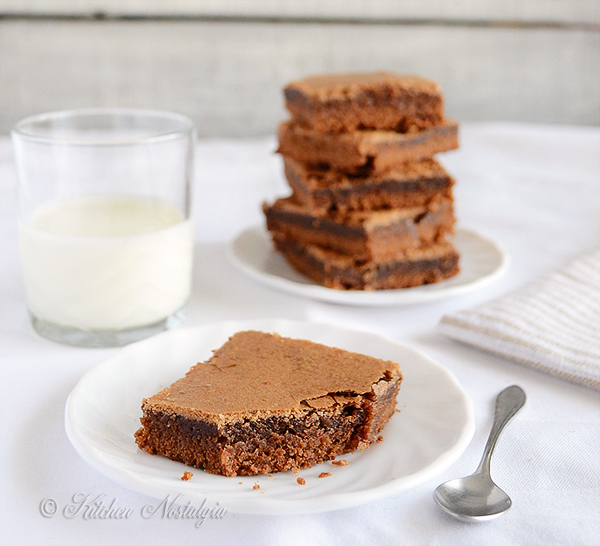 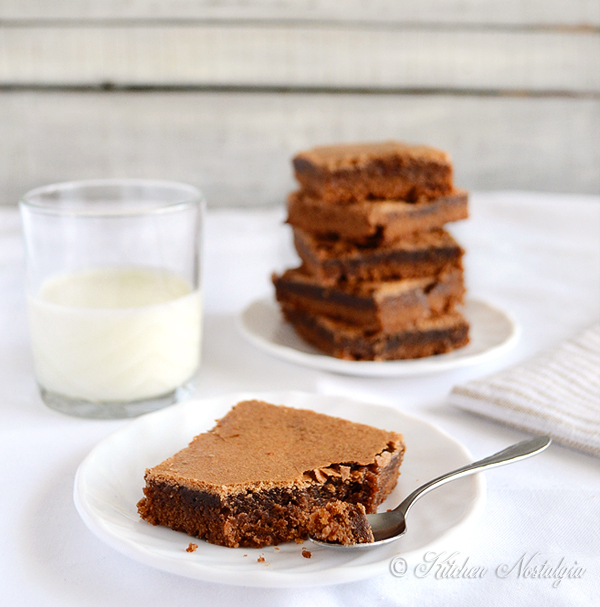 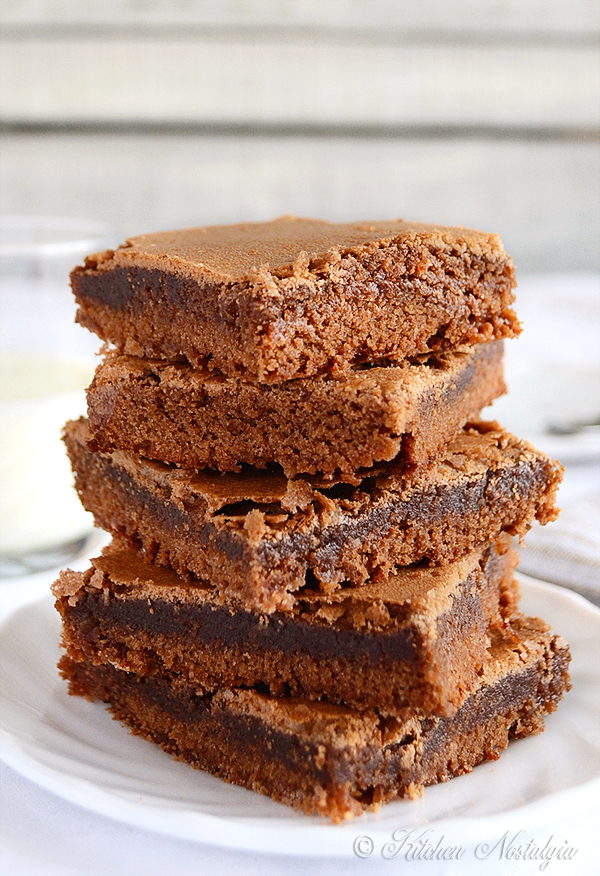 I can never go past a good brownie recipe, saved to recreate.. these look delicious!

GoodMorning to you, I love this recipe. I first discovered it when I bought The Christmas Cookbook by Nanette Newman, way back in 1984. I am so pleased that you shared this recipe with everyone, as they are delicious brownies.
Best Wishes
Daphne