Baked Banana Chips – baked in the oven, drizzled with some honey and sprinkled with cinnamon, banana chips is a great healthy snack for both kids and adults 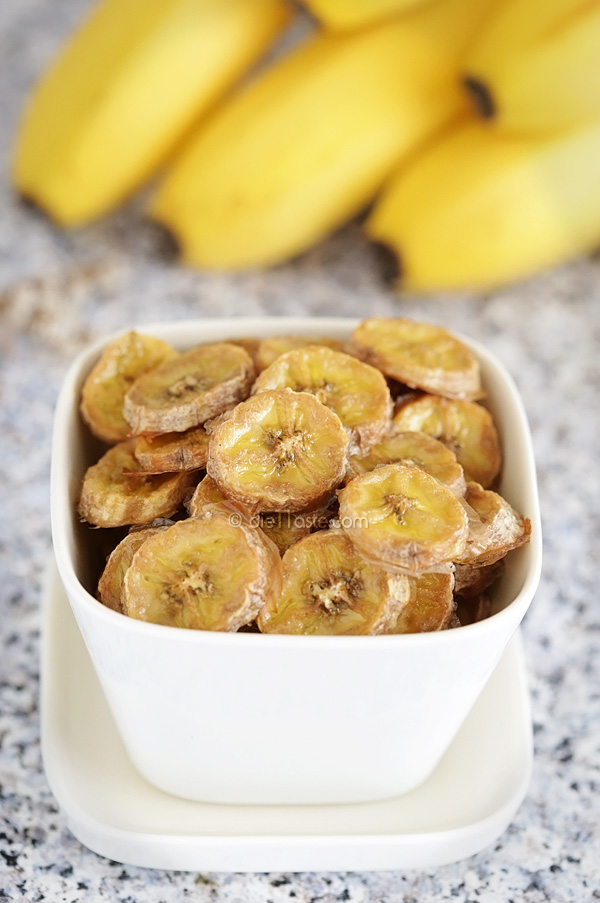 How many times did it happen that you bought more bananas then you can eat? Up to now our only option was to freeze them. Now we can turn them into delicious Banana Chips with no effort at all.

It is as easy as cutting bananas into rounds, placing them on baking paper and letting them bake in the oven for about 2 hours. That’s it!

If you want your banana chips not to darken too much, it is advisable to dip them in lemon juice prior to baking. It will make them a little tart after baking, but you can easily correct that by drizzling some honey or agave syrup over them once they’re done. You can also sprinkle some cinnamon over them, while you’re at it. 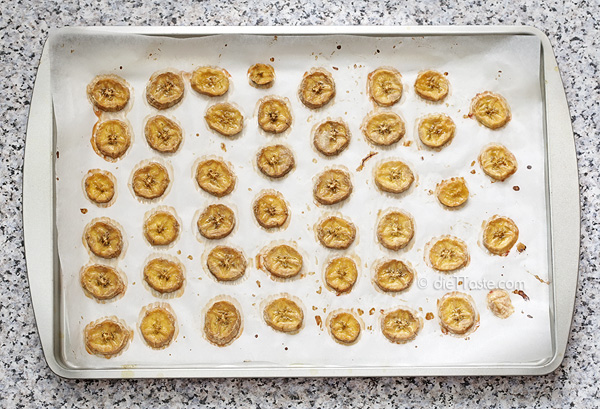 Most of food bloggers suggest you bake banana chips for about 3 hours in 120 C (248 F) oven. The first time I made them I baked them on a slightly higher temperature and they burned. Next time I lowered the temperature to 120 C and still they were done in only 2 hours. It could be that the fan in my oven sped up the process. It also depends a lot on how thick you cut banana rounds. Whether they are thick or thin, be sure that they are similar thickness so that they bake evenly.

When chips are done, they might still seem a little soft, similar to Dried Persimmon Slices. Once they cool down, they will become harder. These chips will not be as crunchy as store-bought once because commercially produced banana chips are fried in oil and sweetened. 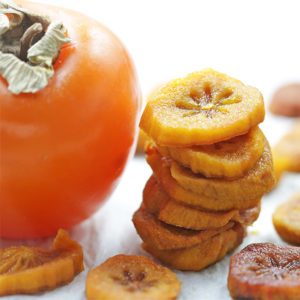 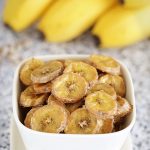