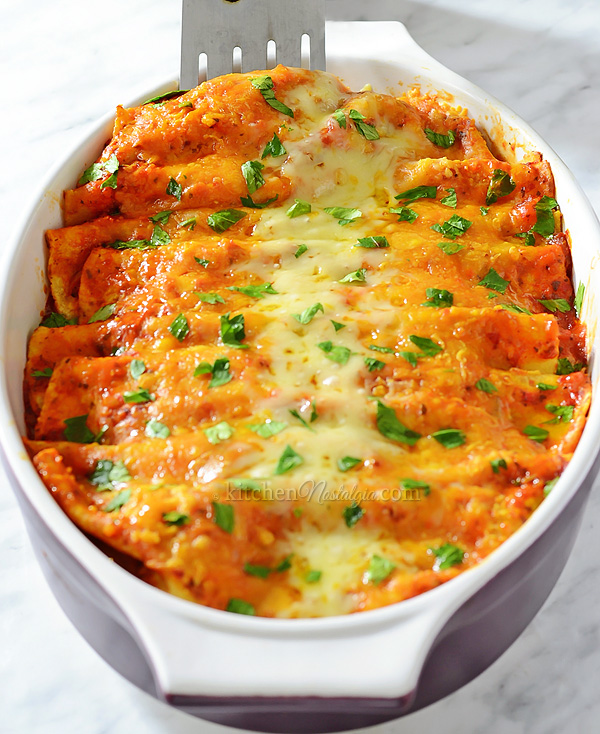 Enchiladas Suizas (Swiss-style Enchiladas) are kind of enchiladas that owe their name to Swiss immigrants to Mexico who inroduced use of dairy products like Swiss cheese (Emmental) and White Sauce (Bechamel). 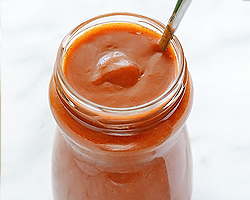 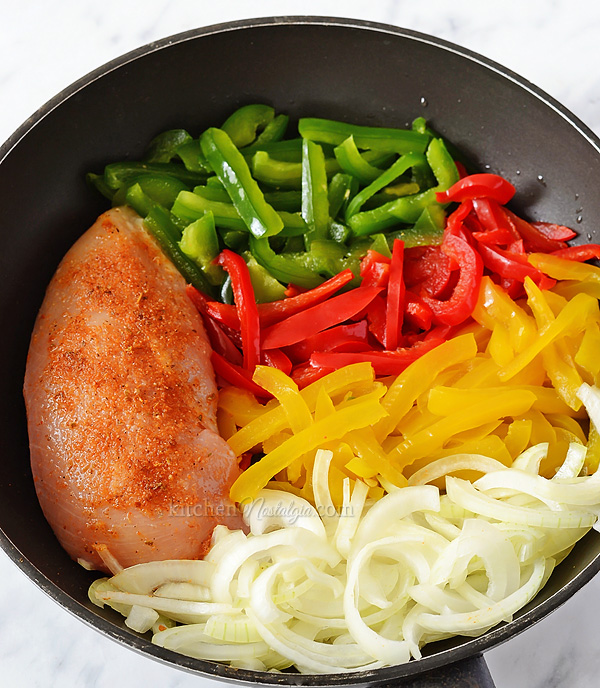 It is not easy to make perfect enchiladas – not too dry and not too soggy. To prevent enchiladas from becoming soggy, fry tortillas briefly in oil (or lard) until they take on a little bit of color and they just start to crisp. Don’t worry, they will not soak too much oil. 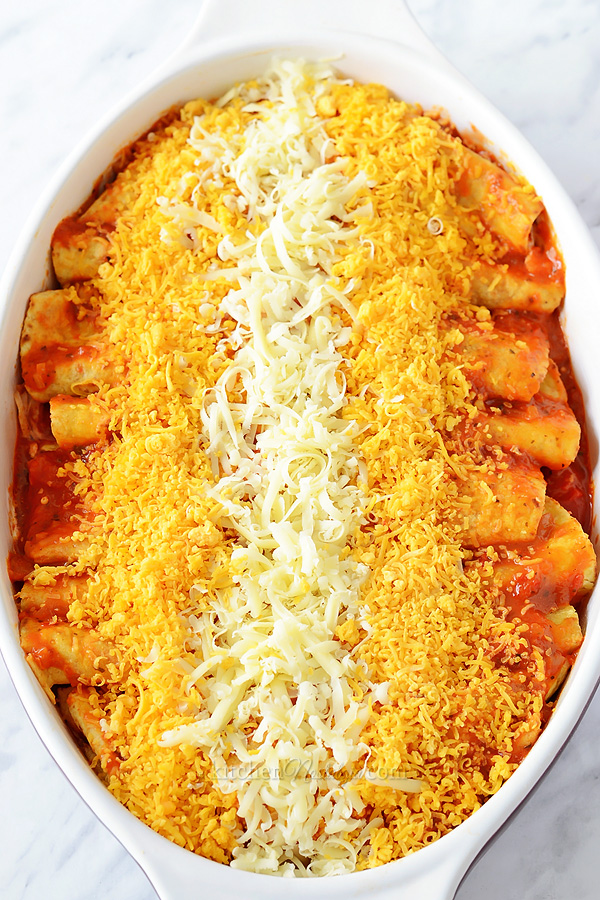 To add extra creaminess, add about 1-2 tsp sour cream (or Mexican crema) to the filling. 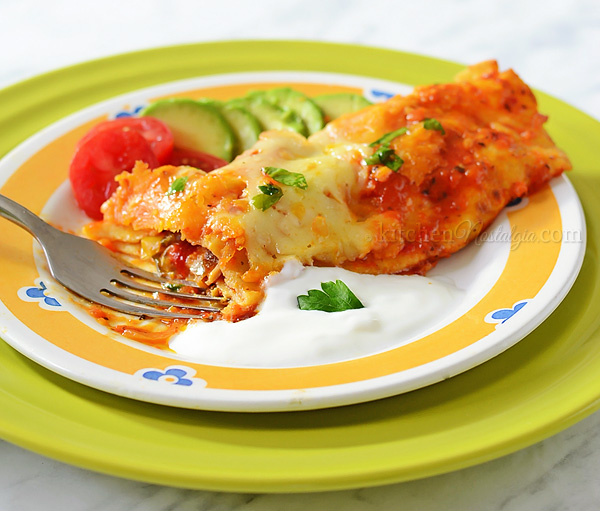 Try these extra cheesy chicken Enchiladas Suizas – they could easily become your next favorite Mexican dish! 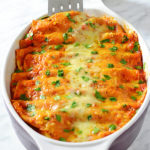 Mm that looks GOOD! I will have to try this asap!

You won’t be sorry 😉

They look delicious. Enchiladas are one of my favorite dishes, thanks for the idea

Simple ingredients and easy, Delicious!!!!! Would eat it again!