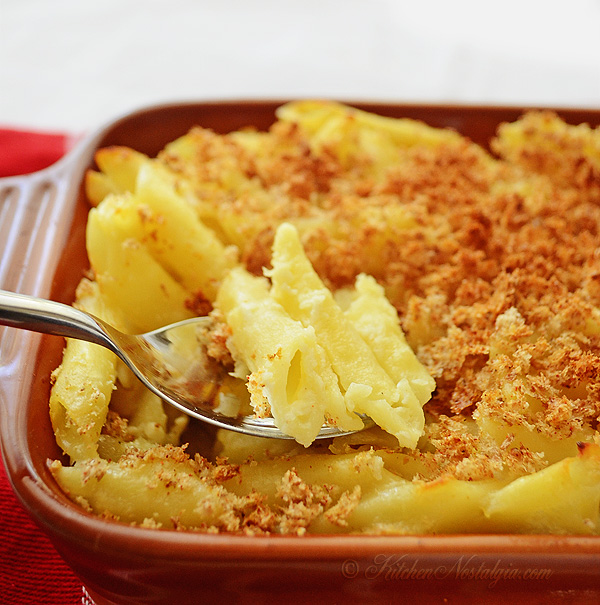 The most unusual thing about this recipe is that macaroni are cooked in milk. I haven’t tried that before, but I can tell you that it is a very good idea. The pasta soaks milk flavor while cooking and you don’t need to make sauce separately. And it is all done in one pot.

The original recipe for “Maccaroni Cheese” reads as follows:

“Boil the maccaroni in milk; put in the stewpan butter, cheese, and seasoning; when melted, pour into the maccaroni, putting breadcrums over, which brown before the fire all together.”

As you can see, it is not very precise about ingredient measurements so we are free to interpret as best as we can.

During Civil War they used long, straight “pipe macaroni” (in Italy called Bucatini) for this recipe. I didn’t have them on hand so I used penne instead. If one wants to be completely authentic, one should make their own macaroni and probably use Parmesan cheese.

Civil War Macaroni and Cheese are different then the kind we are used to, but they are certainly worth a try.

Note: When I was filming the video for this recipe, I accidentally doubled the amount of bread crumbs in the end. 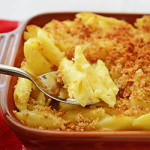 Civil War Macaroni and Cheese - macaroni cooked in milk; no need to make sauce separately; all done in one pot. 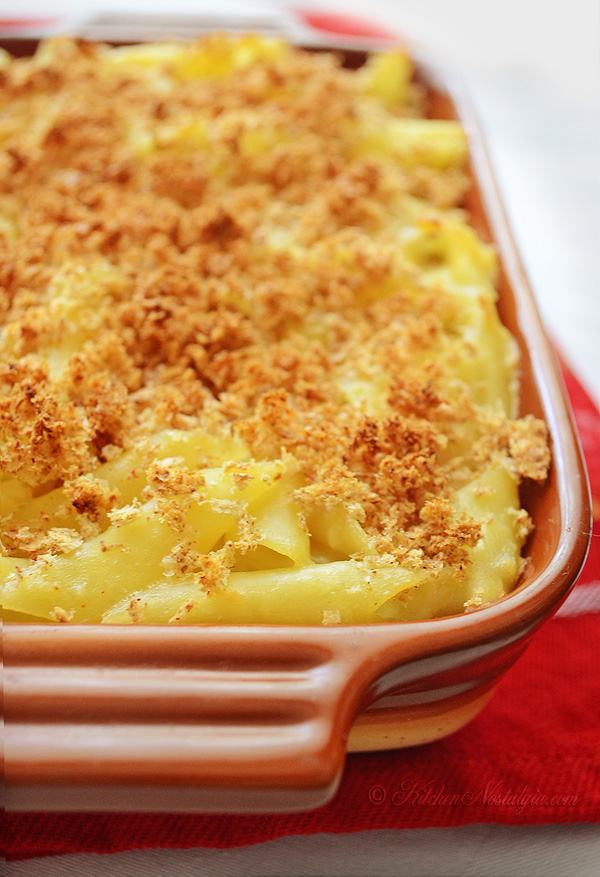 I made something similar to this recently and was surprised at how well it turned out. I used my Dutch oven to make it on the stove top and transferred it to the oven; literally ONE pot!

You trying to tell us that America had Parmesan cheese during the civil war? I suppose they imported it from Italy where is was invented. Some of the stuff you print are really hard to swallow!

Yes, but what you reprinted from the cookbook didn’t say Parmesan cheese. I just read cheese. Was the parmesan your interpretation?

No, it wasn’t. I consulted other blogs who made the same recipe. You are free to change it and use any other type of cheese that you think would be more appropriate.

who cares?! its a good recipe.

I made this last night with rigatoni pasta, I followed the recipe to the letter and it was wonderful. This is a keeper. Thanks.

This sounds very good. For the Parmesan cheese is this shredded or grated?

It is grated Parmesan cheese.

I remember (back to the early 1940s) my mother used the long type macaroni. We did not think it was anything special, just probably all that was available back then. Her mac and cheese was the custard style, but she did not cook the mac in milk. Also, I remember she used the “elbow” type mac for her wonderful mac salads so maybe we had both available. I never thought to ask LOL!!

any ideas about using a milder cheese? Parmesan is not a family favorite, though I can use some. I can’t wait to try this, but I don’t want to have to eat it all myself. I just found your site and am excited to wade through your recipes!

In my opinion you cannot go wrong with the cheese – user any kind your family likes.

My mom used Velveeta cheese in her mac and cheese.
As for the Parmesan cheese. It’s a hard cheese that doesn’t need to be refrigerated and traveled well. I imagine it was very popular with pioneers and warriors.