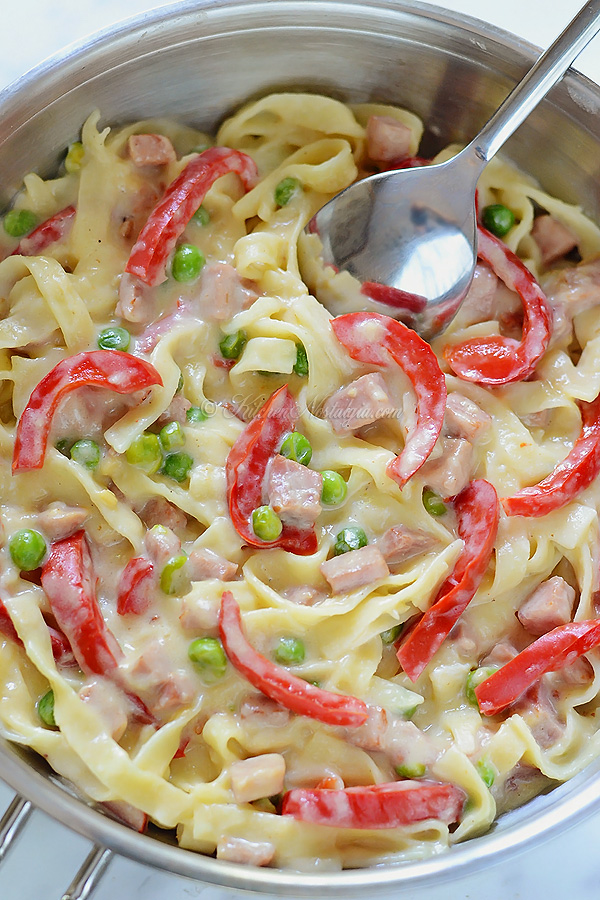 Since readers of my blog liked very much recipe for One Pot Spaghetti that I posted last year, I thought you would also like this Pasta with Peas, Ham and Red Bell Peppers. It is almost as simple as the spaghetti, even though you cook the pasta separately, so it’s not technically one pot meal. I’ve been making it for years and it is always the equally good light comfort food.

Fresh or frozen green spring peas, sweet red bell pepper and ham in creamy sauce are combined with boiled pasta like fettuccine, linguine or spaghetti. Italians call this type of preparation “alla Romana”. It may seem strange that you use milk instead of cream in this recipe, but it really works well.

Try this simple spring / summer dish any day of the week. 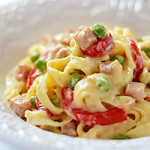 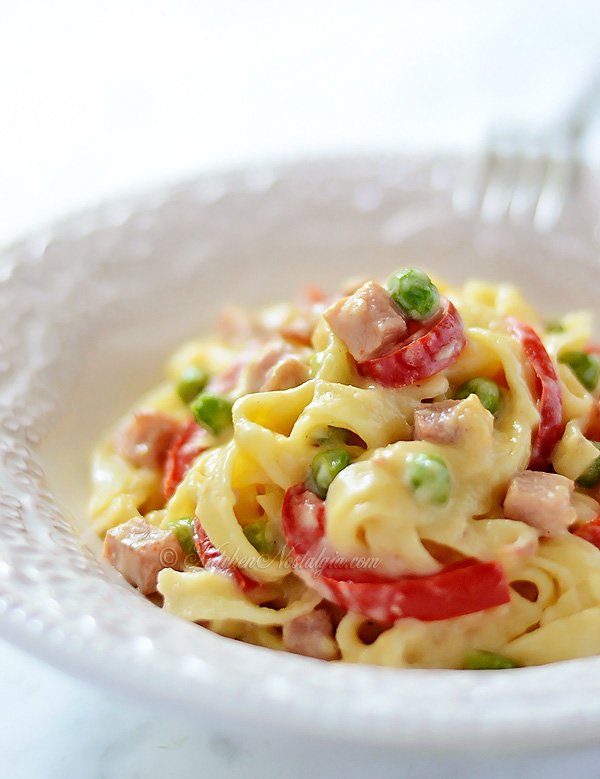 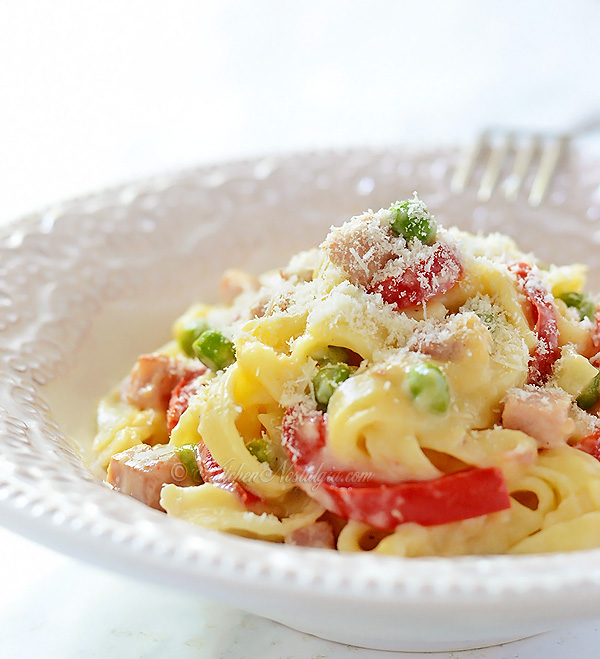 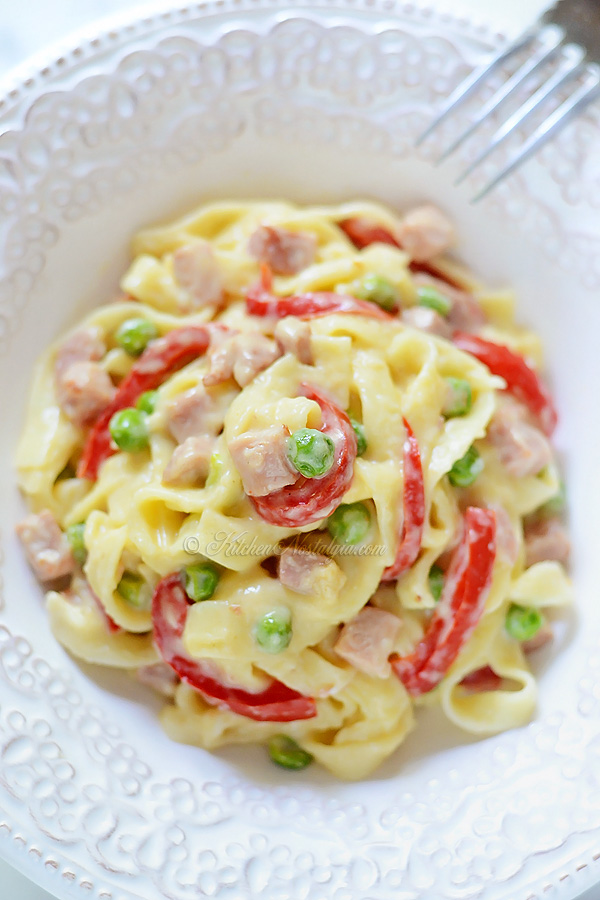 Great recipe to make when you have a lot of errands to run.