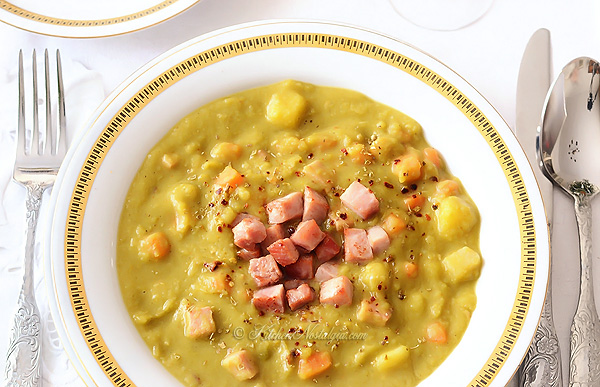 Depending where you are in the world, you may be going through Downton Abbey, Sesason 5 or 6. The British series follows the lives of the fictional aristocratic Crawley family, Earl and Countess of Grantham, and their servants from 1912 to 1920-s. 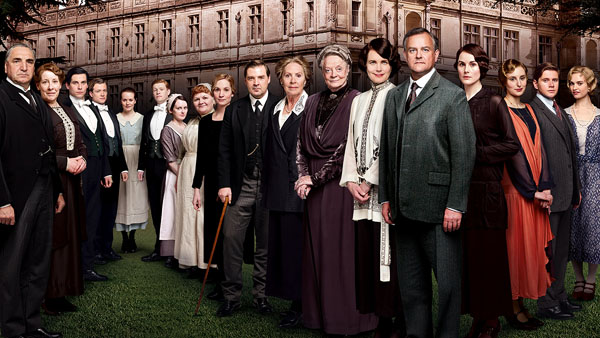 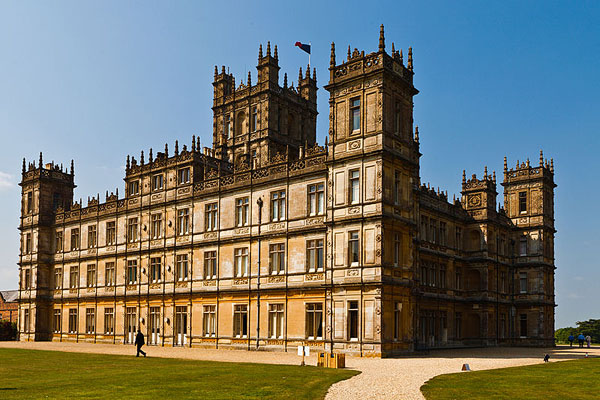 Parallel plot follows characters in the kitchen, servants hall and servants quarters. Mrs Patmore, head cook suspicious of the new modern cooking equipment, prepares lavish feasts for residents and guests of the Downton Abbey. One of her recipes for Split Pea Soup comes from “The Unofficial Downton Abbey Cookbook – From Lady Mary’s Crab Canapes to Mrs. Patmore’s Christmas Pudding; More than 150 Recipes from Upstairs and Downstairs” by Emily Ansara Baines.

I adapted the recipe a bit since I didn’t have a ham bone available. This soup is made with green split peas.

“If Mrs. Patmore wanted to offer this classic soup with a bit of variety, she only needs to cook this soup with yellow split peas, as it would thus be called a “London particular” after the thick yellow smogs for which London was famous until the passing of the Clean Air Act in 1956.”

As the author says “Yet with these recipes you can re-create it and live one day as a lady, the next as a lady’s maid.” 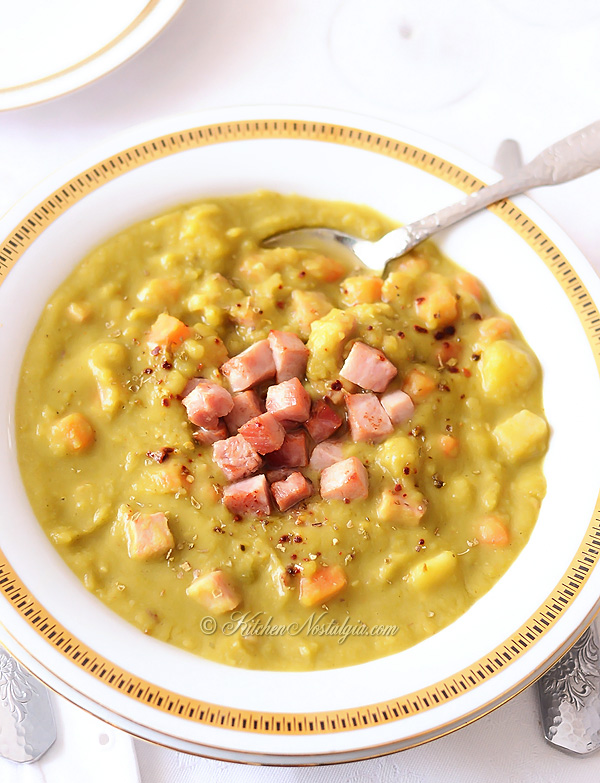 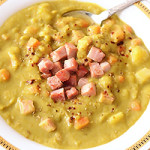 This recipe is AMAZING. After boiling a pork shoulder, I had quite a bit of “broth” leftover, so I used that as a base to make a big batch of this soup, and froze several portions (thawed and reheated the soup is DIVINE). It is now a family favorite; I gave away a few of the frozen portions, and now get asked regularly when I plan on making more! Thank you for this wonderfully thick and savory, classic pea soup recipe!!!

Wow, pork “broth” must have added amazing flavor to the soup. Thanks for sharing!