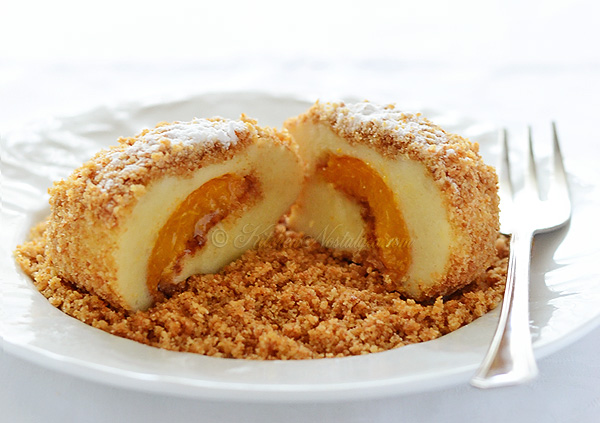 Apricot Dumplings (Marillenknödel) are a famous dessert, probably created in Vienna, Austria, then spread all over Austro-Hungarian empire, to countries like Hungary, Check Republic, Croatia etc. I remember they were often on our table in late spring and early summer, as well as even more popular Plum Dumplings in autumn.

My aunt had a small apricot tree in her garden. It was fascinating how this little tree produced so many apricots that she could give them to her friends, relatives and neighbors and still had more to freeze and turn into desserts. She would make the best homemade apricot jam, with whole apricot halves in it, apricot pie bars and apricot dumplings. It was amazing.

She used the old fashioned method of boiling unpeeled potatoes and then using potato press to make a potato dough out of it. Whenever I do it this way, the dough turns out grainy with large chunks of potatoes in it, which I don’t like. That is why I prefer the recipe for the dough (same as the dough for Mashed Potato Gnocchi) from my mom’s cousin who cooks peeled potatoes, mashes them and then adds other ingredients. In this way I get very smooth and pliable dough which is easy to work with.

Apricot Dumplings are the best made with fresh apricots. Frozen apricots may be used too, but do not defrost them completely (use half frozen) or they will turn into a mush. In that case you will need to cook dumplings longer. 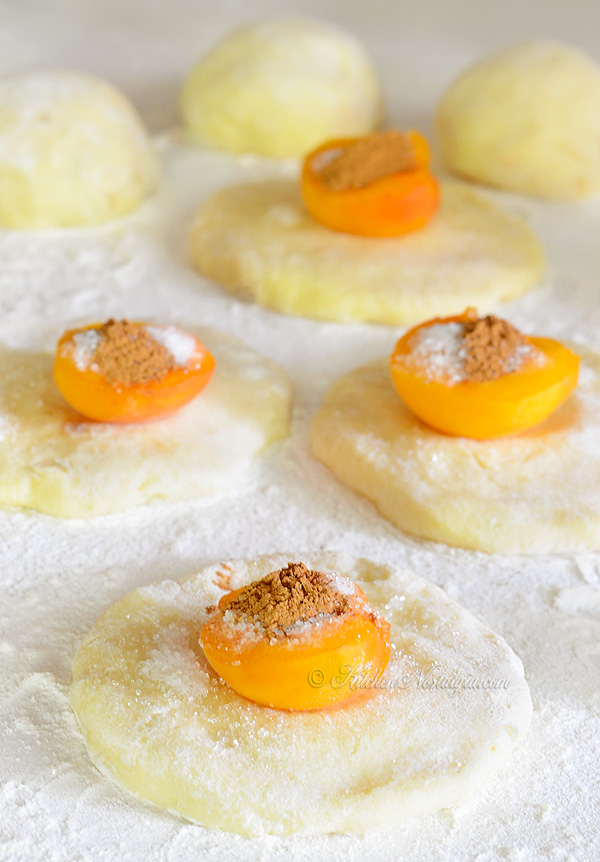 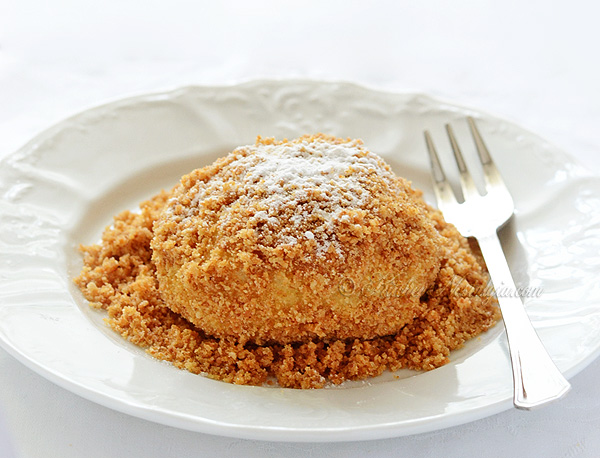 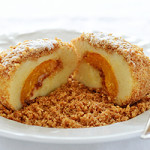 These look delicious!
If you use a potato ricer, you won’t get lumps that way.

I did use potato ricer, but I got lumps anyway. The truth is, it is an very old potato ricer so it is probably something wrong with it. Thanks for the tip, Charlie!