Bisquick Waffles – the crispiest waffles you can have any time you wish when using ready-made mixture, store-bought or DIY. 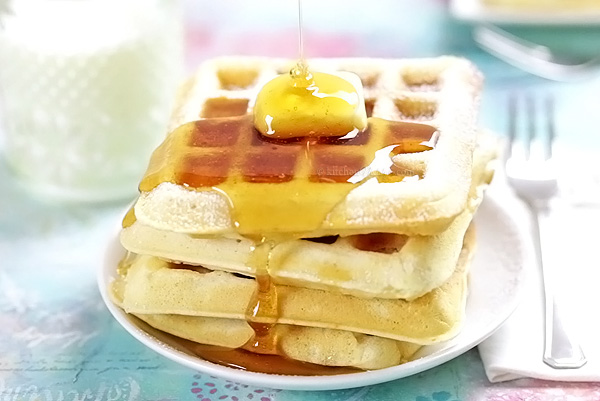 It is so convenient to have ready-made waffle mix in your pantry. Just add some milk, oil and an egg and your waffles are ready to be baked. You can buy the mixture or make it on your own, it is really very simple. You can see my recipe for Homemade Bisquick Mix here: 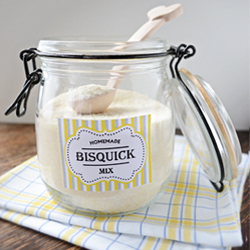 When using fruit or vegetable puree in waffle batter (like pumpkin, banana, applesauce or sweet potato) they can get a little soggy in the middle. With this waffle recipe you will certainly not have that problem. These were the crispiest waffles I have tried up to now. I suppose the reason for this is a tablespoon of sugar in the mixture which melts during baking and creates crispy surface. 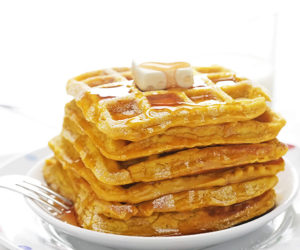 I suspect the same sugar is the reason that waffles stick a little bit more to the waffle iron. That is why it is good to oil the iron (even if it is non-stick) before putting batter into it. 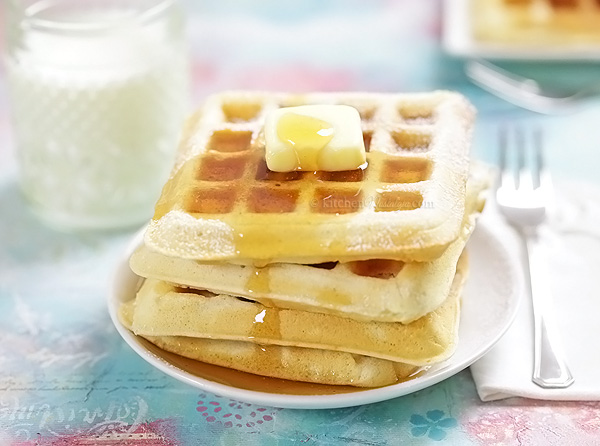 Unlike Belgian Waffles which use yeast, Bisquick Waffles use baking powder (in Bisquick Mix) to make them fluffy. It is also the reason you will need less batter to make each waffle as this mixture rises a lot. 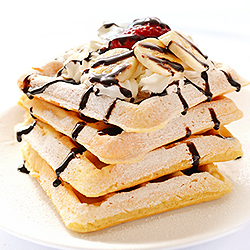 I was a little bit afraid that waffles are going to turn out too salty, as 2 cups of Bisquick Mix contain 1 tsp of salt, but they didn’t.

All in all, it is a recipe for decent waffles, especially if you prefer them very crispy. 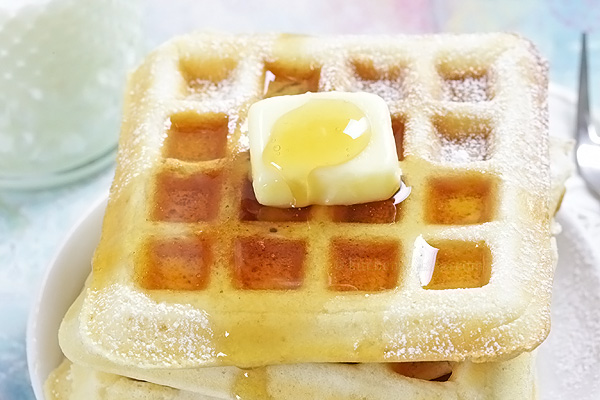 Is pancake and waffle mix the same as Bisquick?

Can you make Bisquick waffle batter the night before?

It can be made up to 1 hour before you need it. If it stands longer, the waffles will not be as light and fluffy as you might like them.

Bisquick does contain partially hydrogenated oils which are not healthy. That is why I suggest either making your own Homemade Bisquick Mix using oil instead of fat, or following the recipe for Healthy Bisquick Mix. 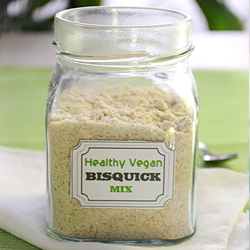 Thank you very much, Alma! 🙂

I didn’t waffle or let them try to figure out what treatment I needed.