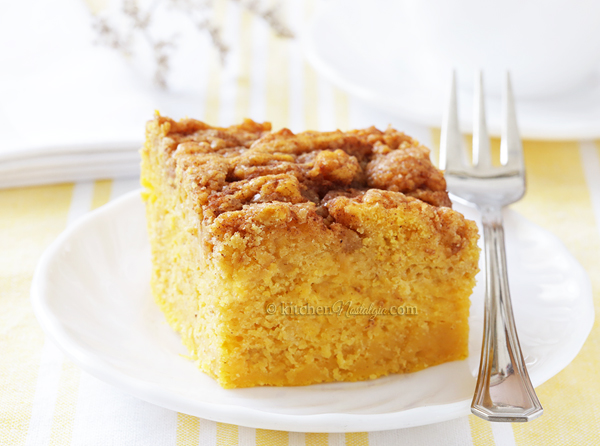 If you’ve surfed Facebook or Pinterest lately, you ‭might have seen recipe for Sweet Potato Cinnamon Roll Cake. It seems that it was first published by Sharon Daniel-Roan on Facebook recipe group called GFCAV Presents Food Recipe Central (I found this information on bunnyswarmoven.net).

But there was something about this recipe that seemed so familiar. When I looked at it closer, it turned out to be exactly the same as Cinnamon Roll Breakfast Cake with addition of sweet potato pure and nutmeg. Nevertheless, it seemed like a genius idea. I already made (and liked) Sweet Potato Cinnamon Rolls, so I was pretty sure this would taste good as well. 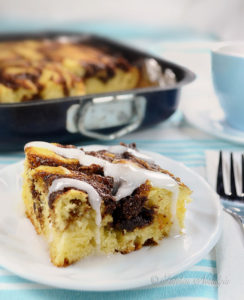 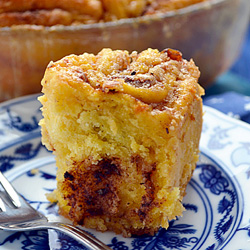 I tried the cake last week and it was very tasty. But during baking butter was bubbling all over the place. And it was a bit too sweet for my taste. The cake was very moist, actually more like pudding then regular cake. I happen to like that, but I know some of my readers would certainly comment on this.

So, this week I made this cake again and tweaked it a little bit. I thought, in many recipes fruit or vegetable purees are used instead of (part of) butter. So I used just the half of the butter quantity this time. I also halved the topping and omitted the glaze completely. If you like, you can make the glaze by following this recipe.

In any case, I recommend Sweet Potato Cinnamon Roll Cake for dessert or even breakfast. Served with a cup of milk, coffee or tee it is almost a complete meal. 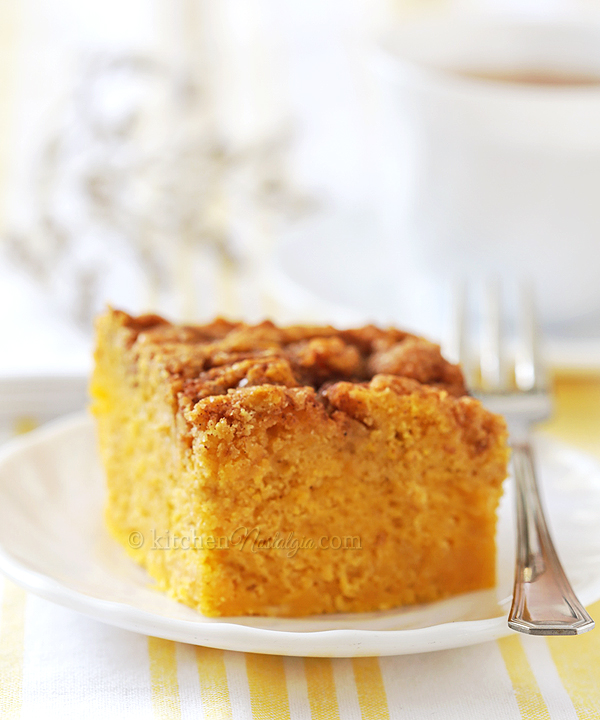 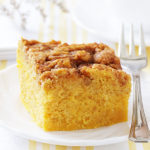 Yup, how many eggs??
(And where you, jc louie? It’s still March 11th here in California!)

This looks like heaven on a plate. CALM DOWN other commenters, I’m sure the recipe will be updated.

OOOOps, I am wondering same thing about those eggs. I am almost positive 2 eggs would be perfect and if it isn’t you would know if the batter is too stiff to just add another. These things happen.

Thank You Dave, I think your right. I do wish that they would proof read a little better.